Wizkid – Top secrets about this musician

Wizkid’s real name is Ayodeji Ibrahim Balogun, he started writing music at the age of 11. He became popular in 2009 when he signed a record deal with another popular Nigerian singer and songwriter Banky W under Empire Mates Entertainment (EME).

Wizkid was born in Surulere Lagos in the year 1990. He was born into a polygamous family though his father was a Muslim while his mother was a Christian.

In 2010, Wizkid released a widely popular song titled ‘Holla at your boy’. Other titles released by this super star in the same period include Superstar, love my baby, pakurumo, tease me/bad guys and Oluwa lo ni.

In 2013, Wizkid was ranked by Forbes and Channel O as the 5th richest and most bankable African artistes.

Wizkid got an international recognition in 2016 when he collaborated with Drake on a global hit. The hit called ‘One Dance’ top the chart of top music in 15 countries including Australia, United States and Canada.

Wizkid has joined hands with a lot of musicians in Nigerian and those living abroad. Some of the collaborations include “Girl” (with Bracket), “Fine Lady” (with Lynxxx), “Sexy Mama” (with Iyanyan), “Slow Down” (with R2Bees), “The Matter” (with Maleek Berry), “Pull Over” (with Kcee) and “Bad Girl” (with Jesse Jagz).

Wizkid has recorded many firsts in the music industry in Nigeria. He is the first Nigerian musician to have more than one million followers on Twitter. In 2018, Wizkid appeared as the first afrobeat musician in the 2018 Guinness World Records. 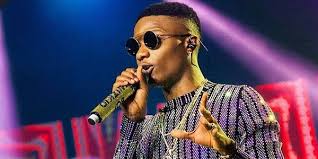 Wizkid is one of the musicians with highest number of endorsement and sponsorship deals in Nigeria. A lot of big brands in Nigeria have partnered with this superstar to promote their products and services.

Pepsi signed a deal with Wizkid worth $350,000 in the year 2012, part of this deal was for Wizkid to travel to several countries of the world for a commercial shoot for Pepsi’s advert. Another popular musician named Tiwa Savage was part of the endorsement deal.

MTN, Guinness and Eko Hotels and Suites are some of the companies that have signed multi million naira endorsement deals with Wizkid.

In 2015, it was rumoured that Wizkid was paid N128 million by Globacom for an endorsement deal.

He is known to wear very expensive designer clothings worth several millions of Naira. His wrist watch is said to be worth N50 million.

Wizkid has been trailed by some scandals. It has been alleged that Wizkid fathered children from different women who he is not married to.

For years he was engaged in war of words with his closest competitor Davido. This feud was resolved lately when both musicians performed together on stage.

Some of the awards and nominations Wizkid has received in the past include: