UK immigration policies are some of the toughest to crack in the world but trust Nigerians, they always devise a way to arbitrage the opportunities in the UK immigration loopholes. The United Kingdom is one of the most developed countries in the world, believe it or not, if you are smart in this country, you can make a lot of money as an immigrant.

UK Visitor Visa – The story of a young Nigerian

Segun is a 26 year old Nigerian who has a Master’s degree in Physics Electronics from one of the universities in Nigeria. He searched for jobs in Nigeria for ages but his efforts were not adequately rewarded. In order not to be idle, he learnt plumbing, so that he could make ends meet.

After several doing several plumbing jobs in Nigeria without making money, Segun decided to travel abroad. He chose the United Kingdom as his preferred location.

The below shows Segun’s odyssey in the United Kingdom:

Segun is a poor young man but very intelligent and hardworking. Segun knew that he was not qualified for a UK visitor’s visa so he devised some strategies to get the visa. Segun was lucky to get someone who shared the same surname with him; this individual had a fat bank account as the time Segun to apply for the visa.

Segun used the fat bank statement, got proof of residence from a friend in the UK and added all other required documents to his UK visa application form. Segun was granted the visitor’s visa after 4 weeks. The duration of the visa was 6 months; Segun was required to leave the UK within 6 months. 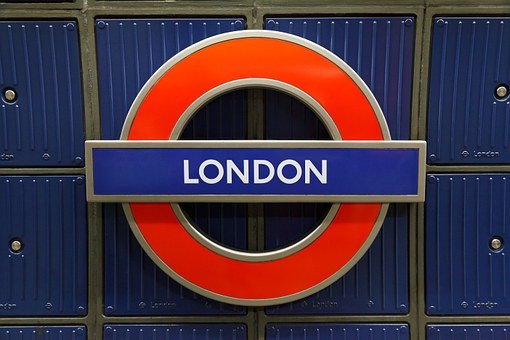 Due to the adventurous nature of Segun and the haunt for cheap airline ticket, Segun bought Afriqayah’s ticket from Lagos to Tripoli Libya and then to London (it was during the time that Libya was still the cynosure of all eyes).

Segun had a stopover in Tripoli, he was thrilled with the hot and desert look of the country, within few hours, he was on the plane again to Heathrow airport, London.

Segun had read that getting a visa does not guarantee you entry to the UK via their ports of entry; you must satisfy the interviewing immigration officer. Segun ensured that he answered the questions he was asked satisfactorily. He was asked if he wanted to come to work in the UK, smart Segun knew that a positive answer to that question meant an automatic deportation to Nigeria because he held a visitor visa. Segun said he would leave the UK within 2 weeks and that he only came for visiting.

Segun kept opening his mouth while he was seeing the monuments and road network in London. The young man reached Woolwich London around 8pm. Segun was already shivering because of the wintry conditions in December.

Segun called his friend who had promised heaven and earth to him when he was in Nigeria, but his phone line was not connecting again. Segun tried over 50 times but the line never rang again. It dawned on Segun that his friend had deceived him. It was already 11pm, where will I sleep? That was the question Segun started asking himself.

Segun could not sleep all through the night. How could my friend do this to me? Why did my friend encourage me to come to London when he knew he would not accommodate me?

When Segun woke up, he knew he had to be strong and behave like a hustler an average Nigerian is. He took a stroll around Greenwich and he saw some Nigerians. He shared with them his predicament and the plumbing skills he has.

The challenge was that Segun’s visitor visa does not permit him to take any form of employment. Trust Nigerians, he was told to fake everything possible. Segun got a dodgy National Insurance number and was lucky to get someone who allowed him to use his identity just to get employment in London.

Working with a visitor visa

Segun got his first plumbing job with a British man plumber who had worked in Africa for donkey years. His employer was impressed with Segun’s plumbing skills so he never really cared about Segun’s immigration status.

Life was becoming easy for Segun, Segun was put on a salary of £9 per hour and Segun could work 10-12 hours in a day. He was a workaholic. Segun enrolled for NVQ courses in plumbing courses; unfortunately he had to use a different identity. Segun passed all the examinations and he became an expert plumber.

Segun’s employer took him around the UK, from England to Wales and to Scotland. He became a beautiful bride to his employer. The work an average British plumber could not do, Segun would do it.

After 12 months, Segun’s salary was increased to £35,000 annually. He bought and car and was living well but Segun was not happy about his immigration status.

As luck will have it, Segun met a blonde British girl who loved Seguin very well; she was willing to marry Segun.

How Segun regularized his immigration status

The lady encouraged Segun to go back to Nigeria so that he can regularize his immigration status. The British lady accompanied Segun to Nigeria, they did their court marriage in Ikoyi registry and the lady filed for papers for Segun.

After few months, Segun was given a UK residency based on his marriage to a British lady.

Segun now earns above £50,000 annually, he is a British citizen and he intends to launch is plumbing company very soon.

The lesson from this is that if you want to emigrate to countries like the UK, US and Australia etc, it may not be a bad idea to learn skills that are highly demanded for in these countries. It is very likely that your Nigerian degree will be useless in these countries.

There are plumbers who earn higher than medical doctors in the United Kingdom. There are mobile phone repairers in the UK that earn better than PhD holders in electrical engineering. In the developed countries, they pay you for the value you bring not your paper qualifications.

Also, do not trust your Nigerian friends living abroad too much, most of them live fake lives, some do not even have a conducive place to stay, yet they will be deceiving you how they make millions there.

Lastly, you can still make headway in the developed countries even with a visitor visa, though its better you get a work visa if you intend to work there.

This is how my friend Segun used the loopholes in UK immigration policies to make money for himself.