Uber – How I made N4.02 million from this ride-hailing business

Uber is inarguably one of the most popular ride-hailing services globally. In Nigeria especially in cities like Lagos and Abuja, most people know Uber and they use their service daily. The only competitor of Uber in Nigeria is taxify. The early bird advantage Uber possessed has made it more popular than taxify.

Uber is the largest taxi company in the world, yet Uber does not own any car. Uber is an app that connects drivers with riders or passengers. The Uber driver simply downloads the app on his smart phone, ditto the passengers. Driving Uber cars is a good money making venture.

Once a passenger needs a ride, he simply requests from his app, the app will show him the available drivers in his location. After few minutes, he will be connected to a driver. The driver arrives at his location and the driver takes him to his destination. The rider can either pay using his debit or credit card or he pays with cash.

Uber’s ride hailing service is very convenient and cheap. In Nigeria, it has disrupted the traditional taxi business because of its availability, courtesy of the drivers, prompt service and good condition of the cars the drivers use. 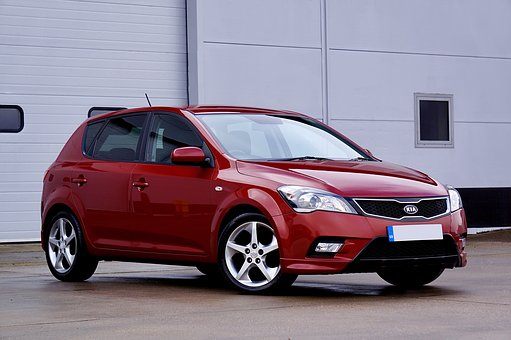 How I made N5 million in Uber business

My uncle gave me a used 2010 Toyota Camry car. The car was in top shape and had no serious faults. The air conditioner was working and almost all the accessories are in good shape. All the tyres were also good; none had expired as at that time.

I spent about N30,000 to service the engine of the car and the fuel injector. Fuel efficiency is a must if you want to maximize your profit from uber business.

As at today, you can use any good car made from year 2000. Uber is not as strict as it was when it first entered the Nigerian market.

Though I have lived in Lagos for 8 years, I still had to go to new places in Lagos to get myself familiar with the streets in Lagos. I spent 14 days to do this, though it is very difficult to know all the streets in Lagos but knowing the main streets and areas in Lagos is a big advantage if you want to be an Uber driver in Lagos.

I took the 2010 Toyota Camry to Uber’s office in Lagos for assessment. Uber’s official saw the car and it was approved for the ride-hailing business. Uber put their tracker in the car for reasons of tracking and other reasons they did not disclose to me.

I was given a sort of lecture or training in Uber’s office. The training delivered was about how to drive safely, customer service strategies, car maintenance tips and how to keep yourself and riders safe.

A smart phone like an android or iphone is needed for this business. The Uber app will be downloaded on your smartphone. With the app, you will be able to connect with the riders looking for a ride; the app will also be used to calculate the fare of the journey. The app can also deduct the cost of the fare from the debit or credit card of the rider.

The start of the business

I finally started the business with Uber in year 2016. I was inundated with orders by riders. I was shocked with the demand for rides by Lagosians. Is this how people need taxis in Lagos? At some point, I had to switch off my smartphone and the app so that I can go home to rest.

My experience as an Uber driver

I started work on the 12th of December, 2016. I roared the engine of my car and drove out of my house in Ojota Lagos around 4am, within 2 minutes, I got an order, the rider was in Ogudu GRA. I went to his residence to pick him, he was heading to Victoria Island. Fortunately for me, the rider was a very humourous character; we gusted till we reach his destination in Victoria Island Lagos. He was charged N5,000 and he even gave me a N1,000 tip. He gave me a 5 star rating. I thought that was how all rides will be.

Few minutes after I dropped him off in Victoria Island, another rider connected with me, he was heading to Festac Town. I picked her and I drove her to Festac Town. She was a complete opposite of the rider I had earlier dropped off in Victoria Island, she was not friendly and I thought she will not give me a good rating. As luck will have it, she gave me a 5 star rating.

Before she even alighted from my car, any request for ride has come in, I quickly accepted the request. The rider was going to the Murtala Mohammed International Airport Lagos. I promptly took him to the airport, he was charged N3,000, the fare was automatically deducted from his debit card.

Immediately I dropped him off at the airport, a white man request for ride came in, the white man engaged me for over 4 hours, I drove him to several locations in Lagos. When the fare was calculated by Uber’s app, the white man was charged N28,000. Whao, is this how lucrative taxi business is? I asked myself, why are taxi drivers not so rich in Lagos then? I later knew realized that Uber is not like the traditional taxi business in Lagos.

As a Bsc holder in Mechanical Engineering who has been jobless for 2 years, I wanted to make all the money available, laughter! By 8pm, I was already tired; I wanted to go home fast to rest. I had already made about N50,000 on day one. While I was on my way to my house in Ojota, another order came through. I had to take the rider to Ikoyi. I was able to switch off the uber app on my phone by 9.30pm so I went home to sleep. What a day? Is this magic? How can one make such a huge sales in one day?

As a young man with a degree in Mechanical Engineering, I had dreams of becoming an Engineer in a top company or starting my own business. I never wanted to be a taxi driver but circumstances at that time necessitated it.

After 12 months, I had enough money to travel to the United Kingdom to commence a Masters degree in Mechanical Engineering. I finally left the shores of Nigeria after 12 months and 15 days of being a driver under Uber. I was appreciative to my uncle who gave me the car I used for the uber business.

Today, I am a PhD student in a US university; I got a scholarship after having a good grade in my master’s degree.

This is the story of Tolu and he has asked us to share the story with hustling young Nigerians.