How to save N3 million annually by moving to the suburbs

Lagos is the most commercialized city in Nigeria and indeed West Africa. A lot of corporate giants have their head offices in Lagos. Young educated Nigerians swarm to Lagos every day to look for economic opportunities.

Some people like to live on the Island despite the fact that they cannot afford such luxury. They just want to show off to friends and family that they like in an upscale area of Lagos. At the end of the day, they pay for their foolishness with no savings whatsoever.

How a young man saved N3 million by changing location

Eze (not real name) is a 32 year old engineer that works with one of the leading banks in Lagos, Nigeria. He earns about N7 million per annum but pays over N3 million as a house rent in Ikoyi Lagos.

Eze just wanted to be seen as a ‘big boy’, that was the main reason he rented an apartment in Ikyi Lagos. He never had any good reason for wasting about 45% of his annual salary on rent.

After paying N7 million in 2 years for the rent of a three bedroom flat in Ikoyi Lagos, it dawned on him that he needed to move to a cheaper location to save cost.

Eze moved to Isolo Lagos and was shocked to see a three bedroom flat better than the one he lived in Ikoyi Lagos for N500,000 per annum. This is N3 million cheaper than the rent in Ikoyi, Lagos.

Eze quickly rented the Isolo apartment and moved out of Ikoyi.

While living in Isolo, the young man realized that his new apartment did not get flooded like his Ikoyi apartment.

He was not under pressure to maintain a particular type of lifestyle and basic things are cheaper in Isolo than Ikoyi, Lagos.

Today, Eze has built a house in Lagos, due to the savings he got from changing location from Ikoyi to Isolo, Lagos.

What Eze benefited from relocating to Isolo, Lagos

Eze saved N3 million from moving from Ikoyi to Isolo, Lagos. The savings made him build his own house. If he had been living in Ikoyi, he wouldn’t have been able to be a property owner.

Every year, Eze loses his assets to the flood. Ikoyi gets flooded every year. Flood is one of the problems the residents of Lagos Island battle with every year. Once the rains start, the hearts of people living in this upscale area begin to palpitate.

Buying groceries and other items in Ikoyi is very expensive. The groceries bought in Isolo for N2,000 can be sold in Ikoyi for N5,000. 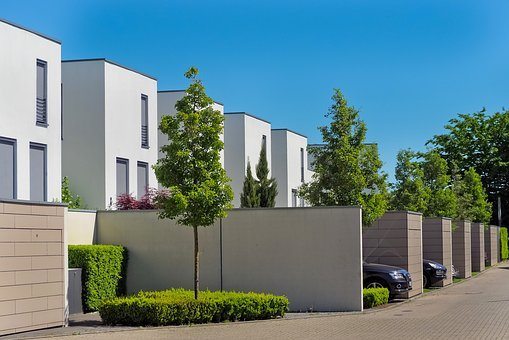 We still have people who live their lives for others. Why will you want to portray yourself as super rich when you know yourself you are not rich? Why will you go to take loans and debts just to show to your friends and family that you are rich? A lot of people drive themselves to life time debt because they want to show off.

As shocking as this may be, I have seen people who live in expensive areas of Lagos and Abuja because they think they stand better chances to date rich women.

I think this reason is highly flawed.

This may be a genuine reason but if the rent of your chosen location is too high, you can still trade proximity for savings. In the case of Eze, moving to Isolo added just 15 minutes to his travel time to his workplace every morning. This is not too bad for a N3 million savings.

Living close to a water body

A friend of mine told me he just loved seeing the Atlantic when he wakes up every morning. His love of seeing this ocean makes him lose N5.2 million annually on rent.

There is nothing wrong to live in an expensive area if you can afford it. However, spending 40-60% of your income on rent is absolutely nonsense.

Are you still wasting money by living in areas you cannot afford? If yes, you may wish to re-consider your stance and start saving today.