Newspapers, magazines and the social media are awashed with how these Nollywood actresses spend money lavishly daily. Some of them buy houses in expensive neighbourhoods in Nigeria like Ikoyi Lagos and Maitama Abuja. We see them drive flashy and expensive cars. Is it really true that they make all their earnings from Nollywood? Why are their male counterparts not as rich as them? Is there something else they do to make money?

Nollywood is the term used to describe the film or movie making industry in Nigeria. Nollywood grew rapidly to become the second largest film industry in the work.

It is almost impossible to watch any Nigerian movie without seeing actresses there. Nollywood actresses have contributed immensely to the success of the industry.

In spite of the popularity of Nollywood movies, the participants in the industry have not fully benefited from the gains. We hear of several artistes especially actors dying in poverty. Some of the men in this industry even die due to lack of money to treat simple ailments. IS poverty real in Nollywood industry? Yes, the fact is that most of the movie producers pay these artistes poorly, but we see that the Nigerian actresses blossom in spite of the poor pay. What is the secret of their success? 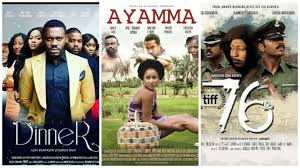 Not all Nigerian actresses are prostitutes as people may want us to believe. There are female artistes in the industry that go as far as possible to horn their skills. Some of these Nollywood actresses have multiple degrees in Theatre Arts. We have seen some of them go to top film making schools in the US just to perfect their skills.

The most popular school they attend to learn new skill in film making is New York Film Academy. This academy is one of the best film making schools in the world.

Some of these female actresses also learn under very experienced artistes, this is a form of on the job training.

Nigerian actresses are now going beyond the traditional playing of roles in movies. Some of the actresses now go to learn the art of film production, directing of film, video editing and team management etc.

It is not difficult to know very talented and skillful actresses. We all watch Nollywood movies and we can easily pick the good actresses out of the lot of artistes in the industry. No matter what, if you are very skillful and you are better than the rest, you will make good money in the movie industry.

Some of Nollywood actresses work as brand ambassadors for top companies. Popular Nigerian actresses have large followership, companies especially those selling fast moving consumer goods cash in on this opportunity by using these actresses as the faces of their brands or products.

For a Nollywood actress to be a brand ambassador, she must be very good in what she does. She also must have a very large followership. Why will a company use your face on their advertisements if nobody knows you?

Some Nollywood actresses charge as high as N50,000 just to repost your tweet on Twitter and they get between 10-20 of these re-post requests daily, this is about N500,000 to N1 million daily.

Closeness to people that matter

Generally, women are better in building relationships than men. People that matter in Nigeria especially high ranking political office holders and top businessmen are very close to some of these top Nollywood actresses. The smart ones among the Nigerian actresses often ask for favours from this set of rich people. These favours may be in cash or kind, in any case any favour they ask may ultimately lead to more money for the actresses.

A lot of Nigerians will argue that the assertion that Nollywood actresses make the bulk of their money from film production is false. They believe that a lot of these actresses romp with rich Nigerians in exchange for money. Jude asked, how come Miss Janeth (not real name) bought two houses in Maitama Abuja for N800 million? How come she drives a car worth of N200 million? Are these monies gotten from movies?

In any case, we must all agree that Nolywood actresses have done a lot for the success of Nollywood industry in Nigeria.