In Nigeria and most developing countries, teachers are looked down on as poor professionals. Teachers are some of the least paid professionals in Nigeria; they are often consoled that their reward is in heaven.

Unemployed graduates see teaching as a transition job, most young people who teach hope that one day they will leave the profession. The pay rate can be very poor. In some private schools, people with masters degree are paid as low as N15,000 monthly.

Despite the gloom, some smart teachers in Nigeria have decided to turn the table around and make good money from this great profession.

Emeka is one of such smart teachers. Emeka graduated from the University of Nigeria, Nsukka, Nigeria. He has a Masters degree in Electrical Engineering. After several months of searching for jobs in Lagos, he was lucky to be employed in a top secondary school in Victoria Island, Lagos. He was paid N75,000 monthly as salary. However, the students of the school paid above N800,000 as school fees every month. Young Emeka from Nsukka was shocked when he was told the fees the students paid.

Wise Emeka started engaging in home lessons for the children of wealthy people in Lagos Island, within few months, he doubled his monthly take home from N75,000 to N150,000. His entrepreneurial instinct kicked in, he decided to start his own innovative school. 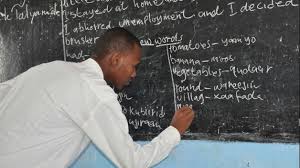 What steps did Emeka take to achieve this feat? Please read on.

Relationship with staff, students and parents

While working with his first employer, Emeka developed good relationship with all stakeholders in his school. All the teachers, students and parents loved him for his diligence, brilliance and good sense of humour. The students kept telling their parents about how their young teacher used humour and objects to teach them in class. Emeka is not a professional teacher but he has a fantastic teaching skills.

Sometimes, he uses music to teach kids. He uses simple objects in the class to make illustrations. These skills he has made all the parents love him.

Smart Emeka also devised a way to get the contact of all the parents of his students as if he knew he would need the contacts later.

Udemy is an online portal for training people on various subjects or courses. Udemy has been touted as a tool that will disrupt conventional learning. Emeka is an electrical engineer with little or no skills in computer programming, though his aptitude for mathematics helped him a lot while learning programming.

Within few months of starting to learn programming, Emeka had started to build simple applications young kids could use. Emeka built simple games kids could play, he also built software that could aid kids’ learning.

Emeka was able to master computer programming (python and HTML) within 6 months. At least he knew enough to be able to teach kids how to write simple codes.

To get enough funds to rent a place to serve as a training school for kids, Emeka sold one of the applications he built to his former employer and he was paid N500,000.

One of the kids enrolled in his training school developed a game at the age of 11 years, the kid was given an award and the kid even travelled abroad to tell other kids about the feat. This made Emeka very popular, who will not want his kids know how to develop basic applications.

Recruitment of other teachers

Emeka reasoned that he had to introduce other subjects to what he teaches in his school. Emeka recruited young teachers who were skilled in music, dancing and other skills. Parents started to enroll their kids to Emeka’s school. At a point, Emeka had to start rejecting some students because his classes were full to the brim.

Emeka got some Indian programmers to design a web portal for him where kids can learn how to write computer codes and design simple websites. Though, he has not made much money from the web application. Emeka is banking on the fact that as his name and brand spreads across Lagos; he will get more students who will prefer to receive instructions through the web portal.

Emeka used innovative marketing tools to make people know about his training school and what he was offering.

Email marketing strategy was used. Commission was paid for referrals and discount was given to people who bring more than 2 kids for instructions.

This is how Emeka makes about N2 million monthly from a profession people look down on.

There are people making good money from teaching others. A popular dance instructor makes over N50 million annually just teaching people including kids how to dance. Yes, you heard me, someone teaching others dancing making that huge money.

I know a trained teacher who resigned from his job and started training people Ifa (Yoruba traditional religion).

Hitherto, this teacher was earning N20,000 monthly in Osogbo. He was born to parents who were Ifa devotees, he knows a lot about Ifa. He did an advertisement to train people about Ifa, he was shocked with the number of people who called him and showed interest in learning about this religion.

Today, this Ifa teacher has people including foreigners who leave their countries to learn ifa in Nigeria. The teacher now earns over N 1 million monthly.

Do you have a unique skill? Are you still waiting at home searching for elusive jobs? You may have a rethink and use the skills you have to make money. A lot of people want to learn that skills you have and they are ready to pay you.