Codeine: How criminals make money from this drug

Codeine is an opiate used for the treatment of pain, cough and diarrhea. Doctors and other health professionals in Nigeria commonly use this drug for the alleviation of symptoms of cough.

Dispensing of this drug is highly regulated though over 80% of the codeine consumed in Nigeria is bought from the black market.

Codeine can be addictive if used for a long time. A lot of young Nigerians are addicted to the drug. To criminals engaged in the black market trade of codeine, it is gold.

In Kano and Jigawa states alone, over 3 million bottles of codeine are illegally consumed every day. This is worth about N3 billion in the black market.

There are indications that over 40 million bottles of codeine is consumed in Nigeria daily, 80% of this volume is consumed in northern Nigeria where the level of illiteracy and poverty is high.

Codeine, Tramadol and Revnol are some of the most illegally consumed drugs in Nigeria. Curbing the illegal consumption of codeine has been a challenge in Nigeria. Criminals continue to make billions of naira from this illegal trade every day. 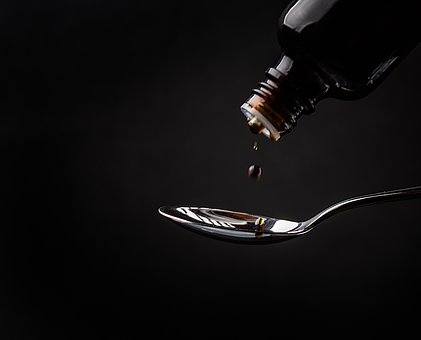 The business of the illegal supply of this opiate drug is controlled by a chain of cabals and criminal elements. Legally registered companies like some pharmaceutical firms also make money from this illegal venture. Codeine is imported into Nigeria as raw materials by pharmaceutical companies but a significant percentage of the drug finds its way into the black market.

The below set of individuals and companies benefit from the illegal sale of codeine:

Check the records of some pharmaceutical companies, you will see that codeine syrups are the drugs that gives them the bulk of their turnover and profit. Is it because all Nigerians cough? No, it is simply because the drugs find their way to the black market.

When these sales representatives cannot meet these targets, they devise the means of selling the drug to criminal elements who will later sell the drugs in the open market.

NAFDAC and NDLEA have reported that they arrest truck drivers conveying codeine to the northern part of the country almost every month. These drivers and some logistics companies charge illegal codeine vendors high because they know that codeine is banned for unregulated public consumption.

Go to any truck park and seek for drivers who can convey bottles of codeine to northern part of Nigeria, you will be shocked to see those who will vouch to deliver it.

In some parts of Nigeria, street retailers who sell groceries also sell codeine. Just go around streets in Northern Nigeria, you will see retailers selling codeine to young people.

In Lagos and other cities, young men from the northern parts of the country are seen hawking drugs and medications in street corners. One wonders where they get all these drugs. These hawkers sell drugs like codeine, tramadol and revnol etc.

I recently saw about 10 drug hawkers in Obalende Lagos openly selling codeine, tramadol, revnol and some sex enhancing medications. People who patronize them are mainly drug addicts and prostitutes.

Northern Nigerians consume over 80% of illegally sold codeine in Nigeria, though this assertion can be contested. The fact is that drug abuse is prevalent in Northern Nigeria due to high level of illiteracy and poverty.

When young people are not engaged what do you expect them to do? Go to towns and villages in Northern Nigeria, you see an army of young men and women wasting away due to lack of jobs and illiteracy.

Militancy and terrorism in the north is also one of the reasons the illegal sale of codeine and other drugs is high. Boko Haram and terrorist herdsmen use these substances when they are about to launch attacks on innocent citizens. Who kills innocent people without taking drugs?

In Kano and Jigawa alone, over 3 million bottles of codeine are illegally consumed every day. States like Borno, Sokoto, Kebbi and Kaduna have significant number of people taking consume every day.

Women are not left out in this ugly trend. I was shocked to see women in veils mixing codeine with soft drinks like coke, fanta and sprite. I asked one of the women why she was taking codeine. She said she is always happy when she is high on codeine.

Another woman told me that she was forced to marry a man she never loved. To escape sadness, she takes codeine.

Will the ban of codeine work?

The government always gets it wrong when it bans products without effectively policing the borders of the country.

The ban of codeine in Nigeria will lead to increase in the smuggling of the drug. Criminals who are successful in bringing the drug to the country will make more money. Scarcity of codeine in the black market will lead to super normal profit; this will motivate more criminals to join the business.

To effectively control the illegal usage of codeine, government must tackle smuggling, the borders should be well secured and drug supply should be thoroughly tracked.

Codeine has wrecked the lives of a lot of Nigerians and criminals continue to make money from the illegal business.

It is high time government did something about the illegal consumption of this drug. Outright ban of codeine will not work. Other strategies should be used to stop people having easy access to the drug.