Bobrisky also called Boborisky is one of the most popular cross dressers in Nigeria. He is known for using Snapchat and other social media platforms to create awareness for his stunts, controversies and business.

Bobrisky was born as Olanrewaju Okuneye in 1992. He attended Kings College, Lagos and the University of Lagos.

Boborisky came into limelight when he stated on Snapchat that he was dating a fellow man. Gay relationships or marriage is outlawed in Nigeria and anyone caught may be put behind bars for 14 years. The non-conforming attitude of Bobrisky earned him incredible fame.

A lot of Nigerians have opined that Bobrisky’s controversies are all aimed at money making. Some doubt the fact about his sexuality. Truly, Bobrisky is making a lot of money from his earned fame. 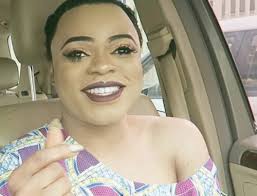 To a lot of people, Bobrisky is just a businessman making money out of the gullibility of Nigerians. His frequent stunts on the social media saying that top male celebrities in Nigeria are wanting to sleep with him is simply a gimmick to increase his followership base and make money.

Some of the strategies used by Bobrisky to make money include:

A section of the media claims that Boborisky is a social media expert. He extensively uses digital marketing channels to convey his messages, stunts and controversies.

Bobrisky became popular through his use of Snapchat. His first stunt was to reveal to Nigerians that he has a gay partner. He did this knowing that same sex marriage is illegal in Nigeria. This act made a lot of Nigerians to start following him on all his social media handles.

A day cannot pass without Bobrisky posting some controversial comments on his social media accounts. He keeps getting his followers busy and engaged everyday by posting messages on the web.

Bobrisky is known as a very controversial personality. Controversy when done right can bring you fame and wealth. This is what Bobrisky has mastered over time and it is making money for this businessman. Some of Boborisky’s controversial acts include:

Bobrisky is known for saying things that cannot be proven. He exaggerates his beauty and has often times claimed that men always wanted to rape him whenever he was alone with them. All these stunts are aimed at making this controversial celebrity become a trending topic.

Bobrisky is known for picking fights with top celebrities in Nigeria. A research into this habit will show that these fights are just stunts to further give the brand and business of Bobrisky more mileage. Anytime, Bobrisky fights with a celebrity, his name trends on the social media. Conventional media outlets publish news about Bobrisky whenever he picks up a fight with anybody.

Some of disagreements Bobrisky has had with celebrities are:

Bobrisky vs Toyin Lawani: Boborisky dragged Toyin Lawani on the social media. Toyin Lawani filed a complaint with the police and Bobrsiky was arrested. Toyin Lawani later claimed that she was not the one behind Boborisky’s arrest. Bobrisky made a brand capital out of this saga.

Bobrisky vs Freeze: Freeze is an OAP known for his antagonism of how pastors dupe their members of congregation. Bobrisky had a fight with Freeze on the social media. Both personalities exchanged insults.

Bobrisky vs Nina: Nina participated in the 2018 Big Brother Nigeria reality show. She is famed for sleeping with a fellow housemate on live television. A lot of Nigerians perceive Nina as an intellectually bankrupt individual who rode on the back of a fellow housemate to reach the final of the show. Recently, Bobrisky picked up a fight with this celebrity.

Boborisky vs Denrele: Denrele is another popular cross dresser in Nigeria. Denrele is famous for wearing unconventional attires and incredibly high heeled shoes. The fight between Denrele and Bobrisky is more of rivalry issue. Bobrisky is seen as the new celebrity who displaced Denrele.

Bobrisky is more popular than celebrities like Davido, Wiz Kid and Tiwa Savage. Bobrisky can be controversial but you can pick some of his strategies and make more money for your business or brand.