Blockchain – The technology that powers Cryptocurrencies

A blockchain has several databases or storage but these databases are all connected to a common processor. The continuous list of records called blocks link to previous blocks using time stamp. A timestamp basically has the information of the date and time a record is created.

The blockchain technology was invented by Satoshi Nakamoto, the man reputed for the creation of bitcoin. By using blockchain concept, Satoshi Nakamoto was able to create a digital currency that solved the problem of buying and selling of goods without moving physical cash around or without the government or regulators monitoring your spending.

In blockchains, the security of the databases is very strong. It allows only those who authorized to edit records to have access.

How does blockchain works

You can transfer the value you stored in a part of the blockchain to another person by sharing your private key with the person. Is this not how bitcoin works? Yes, that is how all cryptocurrency works.

The private keys in blockchains when shared with another person are used to access addresses. The addresses are databases of value which is usually currency. With this blockchain concept, the role of a conventional bank has been disrupted.

The inventors of blockchain knew the drawbacks of the traditional banking system; hence they capitalized on this unique technology to making the key services carried out of banks very easy. The bitcoin technology ensures that no one can assume your identity; this makes trust to be built into the system. 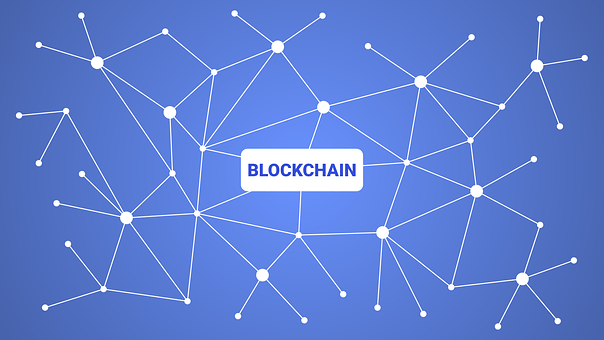 A blockchain has a structure; you cannot access the blockchain without editing its structure. The structure is discussed below.

As discussed earlier, blocks are a growing list of records. Blocks are used to store transactions. The word blockchain comes from the definition of linked blocks. Every block has the cryptographic hash of the previous block.

This is the time it takes for one extra block to be created in the network. It takes bitcoin and Ethereum between 10 and 15 minutes to create an additional block.

Blockchain can enable smart contract through its concept of distributed ledgers. Potentially, blockchain can be introduced into the derivatives, futures and contracts market in the near term.

Blockchain can be introduced to the sharing businesses. Today, companies like Taxify uses shared taxi services to move people around. A blockchain concept can further revolutionise this sector.

Blockchains can be used to start innovative crowd funding firms even better than kickstarter. The use of distributed ledgers can make raising of capital from the crowd less tedious and more efficient.

Elections in the developing countries like Nigeria are especially very cumbersome. The knowledge of distributed databases to hold growing records can be used to make this process seamless and hassle free. Rigging and all other anti-people tendencies can be reduced or even eliminated.

Some supply chain companies in Japan and the UK have started trial of blockchains in the logistics business. The result has been positive so far.

Storage services like Googledoc and Dropbox can further revolutionise their businesses by using blockchain technology. What these businesses do now is somehow related to blockchain concept.

Blockchain innovation can be very effective for the prediction of events. Already, it has been shown that analyzing crowd behavior can be a good pointer to a correct predictive work. There are trials going on to see if blockchain can revolutionise the predictive market.

Blockchain has been successful to a large extent in protecting the details of people and transactions in the cryptocurrency market. This can be extended to the intellectual property market. Stealing of intellectual property rights is very bad, some countries of the world have been accused of practicing this ugly method of getting product designs.

In this age, identity is key especially your digital identity. Hackers still continue to steal our identities to commit nefarious acts. Stolen identities can also be used to steal your funds. It is a big challenge the regulators are trying to tackle. Netki is a company trying to use blockchain technology to solve identity management problem.

Distribution of power from micro grids in a community can be based on blockchain technology. Already Ethereum based smart contracts are now being used to redistribute excess energy from solar panels. This success can spur other companies to adopt the concept to distribute power more efficiently.

Financial institutions will be able to use blockchain concept for know your customer and Anti-Money laundering activities. Polycoin has already started work in this direction. The current method of doing AML/KYC by banks is not cost effective but they must do it because it is a requirement under the law.

Distributed ledgers can be used to better manage land title and other property rights. The Republic of Georgia and Honduras are some of the countries trying to implement blockchain for land title registration.

Without doubt, blockchain is one of the greatest inventions of mankind. This concept will change how so many businesses, roles and functions are carried out. Its main aim is to make processed secure, less cumbersome and more efficient. Nigerians and Nigerian companies will benefit if they key into this technology on time.